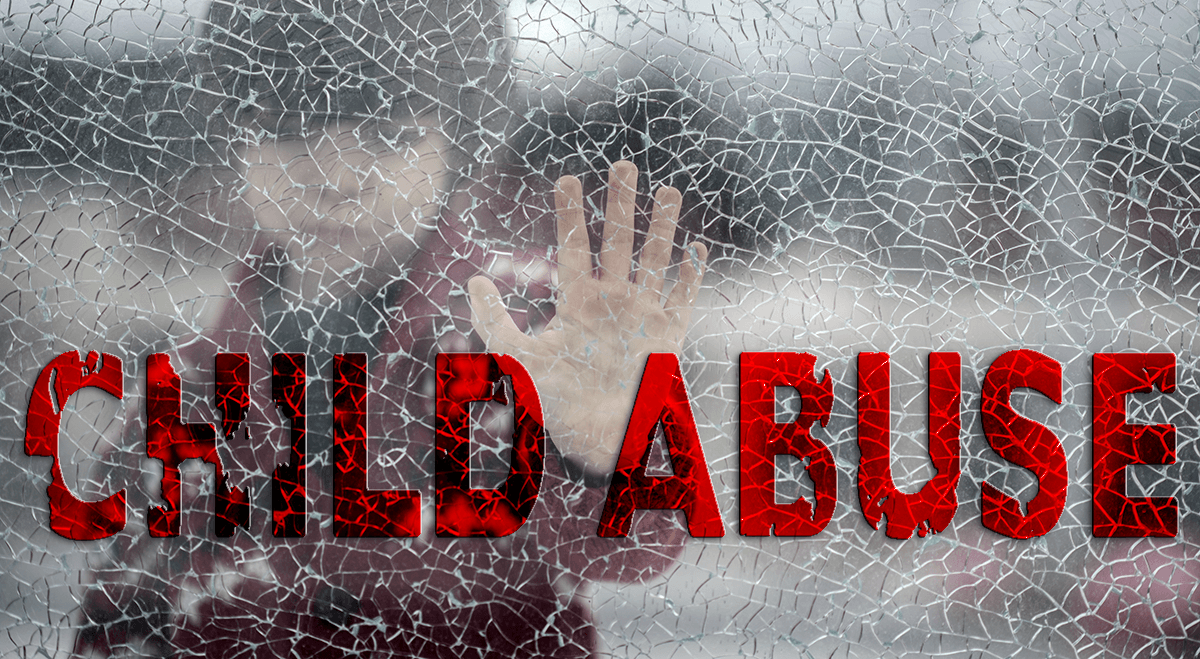 Child Abuse Represented A Public Health Crisis Before The Pandemic

Neither Lisa Mizell nor Rochelle Parker took any comfort in late March when the Missouri Department of Social Services (DSS) experienced a 50% decrease in calls to its Child Abuse & Neglect Hotline.

Mizell is convinced the only reason fewer DSS hotline calls were being made is because schools had shut down due to COVID-19 and “mandatory reporters” stopped seeing children—except, perhaps, via a webcam. Parker, Executive Director of the Child Abuse Prevention Association (CAPA), which has offices in Independcence and Kansas City, agrees.

“We normally have teachers, before- and after-school care providers, bus drivers, even street crossing guards all providing an extra set of eyes on our kids,” Parker points out. “They’re all mandatory reporters. If they see a child they think is being abused, they are legally required to report it. But if they’re not seeing the kids, they obviously can’t do that.”

With their classrooms empty, teachers obviously aren't seeing children who might be suffering abuse.

“This low number of calls is very abnormal for the hotline and our worst fear is that children are unsafe while at home,” DSS Acting Director Jennifer Tidball said in a news release the department issued March 25.

Not The Usual Summer Lull

The 2019-20 school year had been an especially busy one for CAPA. Prior to the start of classes, CAPA completed an agreement with Raytown Quality Schools to begin providing services to children and families in the district. (The organization had already been working with the Independence, Fort Osage and Kansas City school districts.)

Now CAPA might go days between referrals for its services—services that range from parenting classes to intensive therapy. That’s not unusual in July. A summer lull is to be expected.

But Parker is well aware this hasn’t been a usual summer. The services CAPA provides, she realizes, might be considered more long-term and families may now be “fixated on more immediate needs like getting food, searching for jobs, paying their rent and utility bills.”

The Protection Center works closely with law enforcement officials, including the Jackson County Prosecutor’s Office, to conduct forensic interviews with victims—often right after they've been treated in the emergency room or at a clinic. CPC staff acquire the victim statements necessary to make an arrest.

“Our referrals were down in April and May. Then in June…”—Mizell stops and takes a deep breath—“we had 17 cases with a 24-hour hold. These are cases where the police can hold someone for 24 hours while we do the forensic interview with the victim. We get the statement so the police don’t have to release the suspected perpetrator after 24 hours.

Then she adds, “The abuse, physical and sexual, we’ve been seeing since the pandemic is much more egregious. It’s terrible.”

COMBAT Director Vince Ortega nods his head. “That’s in line,” he says, “with what the other agencies we fund and the police are telling COMBAT. There’s more abuse happening and it’s more violent.” 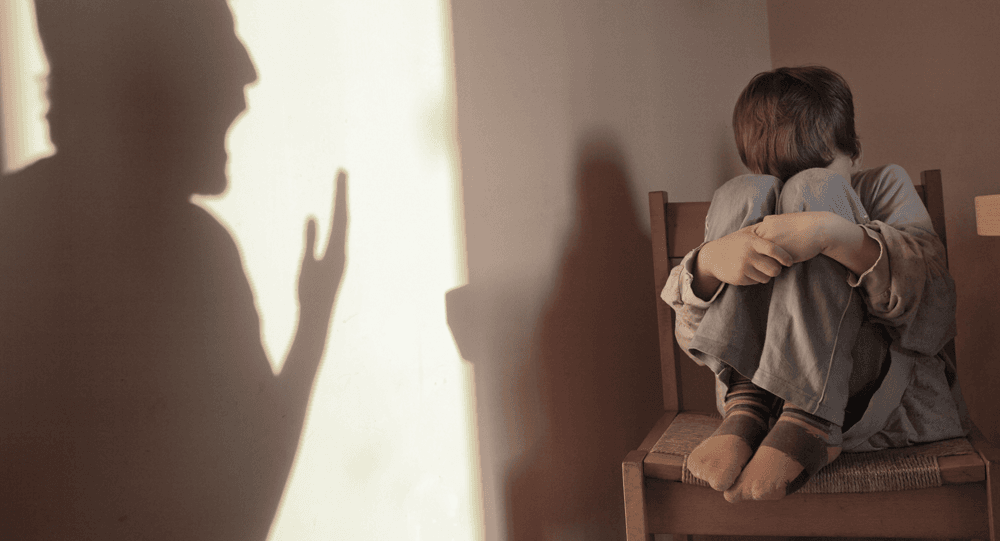 Many parents may have "just snapped" due to stress from the pandemic and economic upheavel.

Parker calls the social isolation and the economic upheaval associated with the pandemic the “perfect storm” for triggering more abuse.

“Child abuse doesn’t automatically mean it’s the parents who are doing the abusing,” Parker continues, “so for children being abused by someone outside the home the pandemic may have, in a way, saved them. But if the parents are the abusers, these children might be trapped.”

She and Mizell fear parents who never before abused their children have, in Mizell’s words, “just snapped.”

Mizell describes the “severe stressors” so many parents are trying to cope with: “You’re worried about getting sick, worried about your kids. You may have lost your job or are worrying you might. You’ve got bills to pay. You need to put food on the table. The support systems you’ve had—the schools, churches, family—may be cut off. The places you might have gone just to get you and the kids out of the house might be closed or too risky to visit.”

When—if?—schools can begin resuming holding classes inside their buildings in 2020-21, Mizell expects a huge increase in hotline calls as teachers “notice kids who are bruised or are marked up.”

Now DSS will have fewer resources to field abuse/neglect reports. The department announced last week it was cutting 96 positions in the Children’s Division due to state budget shortfalls caused by the COVID-19 pandemic.

“So there are going to be fewer people at the state who do take the child abuse or neglect reports and follow up on them,” Parker laments. “Sometimes a report comes in and it takes two or three days for there to be any follow-up and that was before these cuts.”

A Safe Place To Turn To

Although CAPA reopened its office in June, Parker caps staffing at no more than six people working there at a time. CAPA has continued providing therapy either through online video services or on the phone. Attendance for its virtual parenting classes has been high.

CAPA serves about 1,000 families a year with no limit on the number of therapy sessions anyone might have. Typically, a family will were receive direct services from the organization for about 18 months, though Parker notes, “One young lady was with us for five years receiving treatment for the abuse she’d suffered and then help transitioning to being a mother herself.”

CPC, meanwhile, works with around 800 families annually. The Protection Center offices have remained opened throughout the entire pandemic—with limited staffing. Mizel says some children “just don’t respond to tele-therapy and will only open up when seen in person.”

The headlines were ominous during the early days of the COVID-19 pandemic.

Then there was this report in USA Today on July 11:

As the coronavirus pandemic has engulfed the country, more children are reaching out to the Rape Abuse and Incest National Network’s National Sexual Assault Hotline, which said this week it’s experiencing its highest demand for services in its 26-year history. In May and June, half of visitors to RAINN’s online hotline, which sees some of the most urgent cases, were minors.

And the Substance Abuse and Mental Health Services Administration (SAMHSA) has issued an advisory—Intimate Partner Violence and Child Abuse Considerations During COVID-19—that emphasized the risk for increase violence is grave:

The support systems that many at-risk parents rely on, such as extended family, child care and schools, religious groups and other community organizations, are no longer available in many areas due to the stay-at-home orders. Child protection agencies are experiencing strained resources with fewer workers available, making them unable to conduct home visits in areas with stay-at-home orders. Since children are not going to school, teachers and school counselors are unable to witness the signs of abuse and report to the proper authorities. Also, many at-risk families may not have access to the technology children needed to stay connected with friends and extended family. 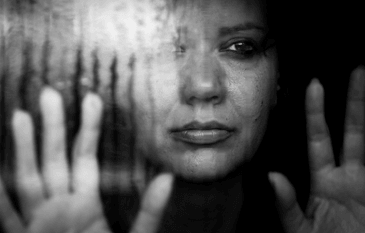 Domestic Violence Was Already An Epidemic Before COVID-19

Domestic violence increases whenever families spend more time together—whether they’re spending more time together during the holiday season or due to a pandemic. With COVID-19 forcing many families into isolation, surges in intimate partner abuse were probably inevitable. They’ve been reported all across the nation and around the world, promptly the United Nations to declare domestic violence a global crisis. Locally, agencies that operate shelters and provide other services for abuse victims have experienced a significant increase in crisis hotline calls. They’ve also reported “not only seeing more abuse, but injuries being inflicted that are more severe. The level of violence… has only gotten worse with the pandemic.”
» MORE