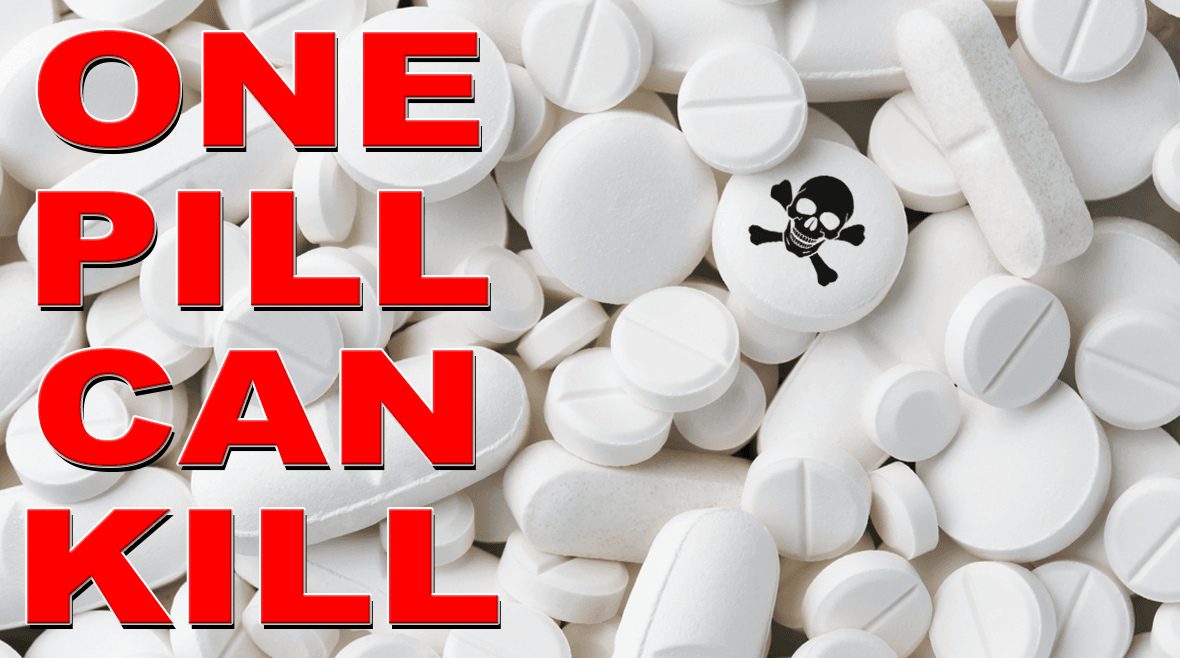 “One Pill Can Kill!”

Prescription pills not obtained from a licensed pharmacy are not only illegal to possess, but when taken can also be dangerous and even deadly. You should take no pills that weren’t prescribed specifically for you; you certainly shouldn’t trust that any pills illegally sold to you will be safe.

There’s a good chance those pills might be fakes—fakes with potentially fatal side effects.

In a recent PUBLIC SAFETY ALERT, the Drug Enforcement Agency warned that counterfeit pills are “widely available” and “more lethal than ever before.” DEA seizures of counterfeit pills containing fentanyl have increased 430% since 2019.

A Speck Can Kill

Just a two milligram speck of fentanyl can kill a person. (That’s only 0.00007% of one ounce.) Yet criminals continue to routinely use the synthetic opioid to produce their phony pills, which they pass along to “customers” who believe they’re purchasing legitimate, though illegally-acquired, prescription medications.

Dan Cummings can’t discuss specifics about ongoing investigations, but the Jackson County Drug Task Force’s Officer In Charge stresses pursuing drug dealers who sell “these poison pills” is a top priority. (A year ago, the Task Force confiscated—in a single seizure—3,000 pills laced with a heavy concentration of fentanyl.)

“We’re doing everything we can to keep these pills from being sold to unsuspecting people who need our help,” says Cummings. “They think they’re only buying OxyContin or some other medication when what they’re getting could kill them.

‘The Only Safe Medications’

“Now we need greater awareness about all the counterfeit pills that are out there,” points out Ortega. “One of these pills—one—can be a lethal overdose.”

Since 2019, lab testing has revealed that for every five fentanyl-laced pills the DEA has seized two contained a potentially fatal dose.

“The only safe medications,” the DEA states, “are ones prescribed by a trusted medical professional and dispensed by a licensed pharmacist.” 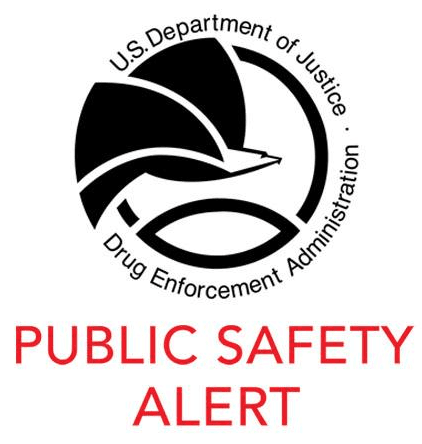 The DEA and its law enforcement partners across the nation are seizing deadly fake pills at record rates. So far in 2021, more counterfeit pills have been seized than in all of 2020 and 2019 combined.