From the National Institute On Drug Abuse.

Since 1975 the Monitoring the Future (MTF) survey has measured drug, alcohol and cigarette use - and related attitudes - among adolescent students nationwide. Survey participants report their drug use behaviors across 3 time periods: lifetime, past year and past month. For some drugs, daily use is also reported. Youths surveyed are in the 8th, 10th and 12th grades.

The MTF survey is funded by the National Institute On Drug Abuse (NIDA), and is conducted by the University of Michigan’s Institute for Social Research. The 36th annual study was conducted during 2010 and raises concerns about increases in drug use among the nation’s teens, particularly the youngest. 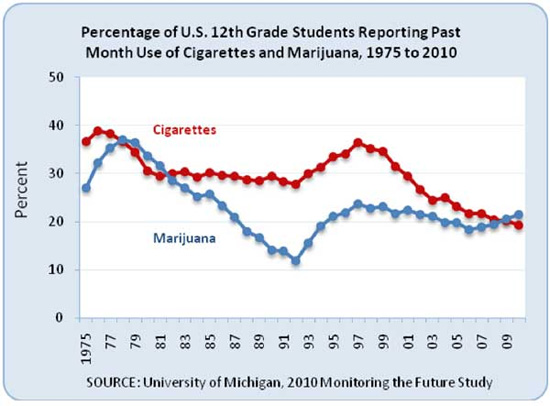 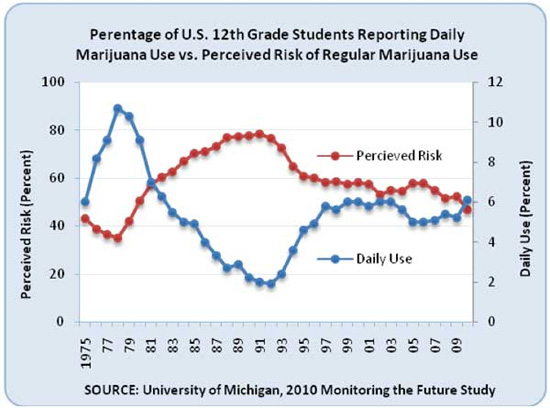 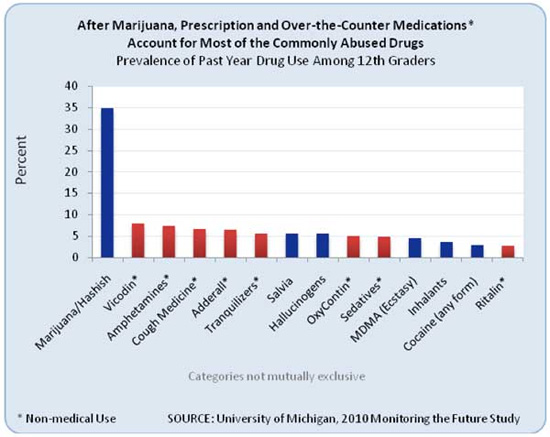