Hoping The Message Gets Through!

With the Chiefs poised to give all of Kansas City cause to celebrate a championship on Super Bowl Sunday, this is a message worth repeating. I first wrote about how deadly firing celebratory shots into the air can potentially be last summer on the eve of Independence Day.

Let's not ruin what could be one of the best days in KC history—another Chiefs victory in the Super Bowl—with wrecklessness and violence. Don't turn the celebration into a tragedy. To quote myself, "There's absolutely only one way to guarantee a gun does no harm: DON'T FIRE IT." — COMBAT Director Vince Ortega 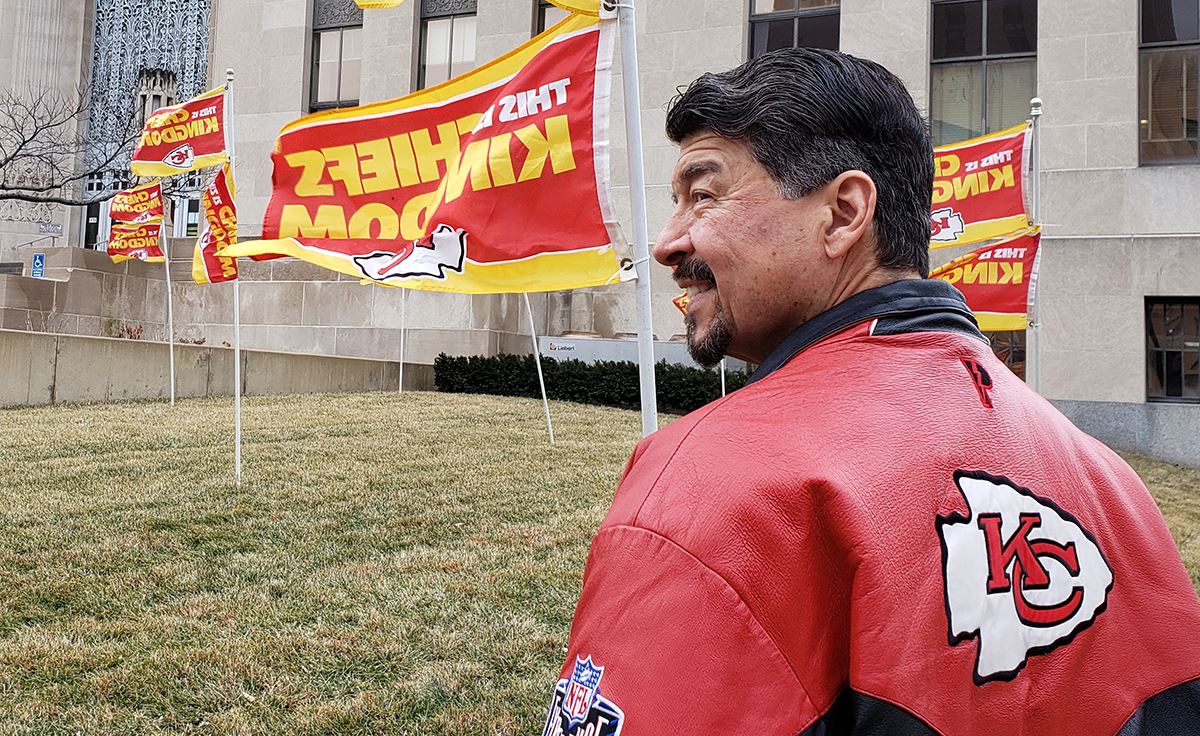 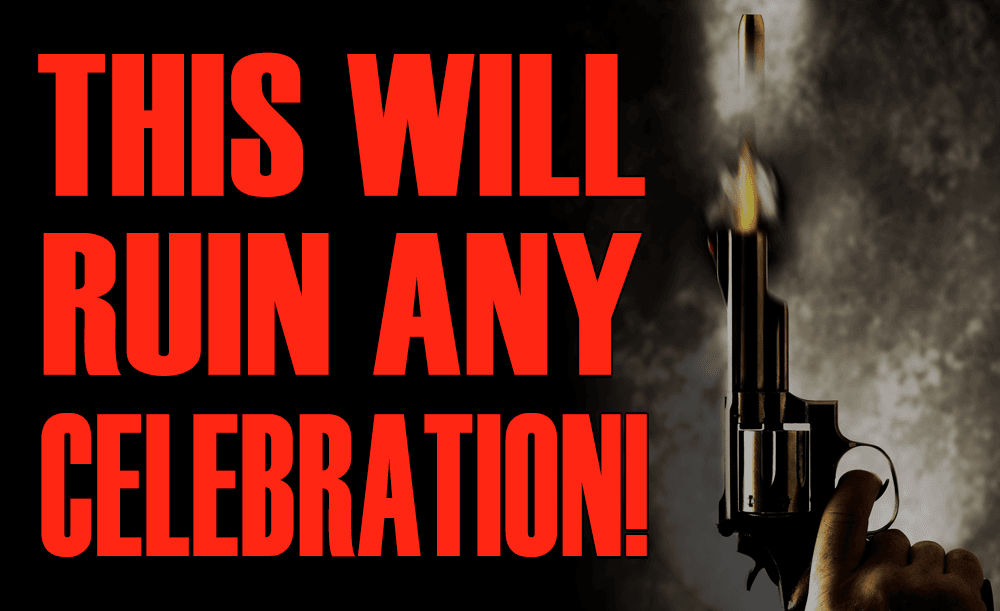 What goes up must come down. If the what’s a bullet, the coming down can have devastating consequences.

We see it all the time in movies and TV shows—celebratory gunshots fired into the air. In westerns those blasts from a six-shooter are usually punctuated with a “yeeeeee-haw!”

Unfortunately, in many neighborhoods we are too often hearing gunshots being fired to ring in New Year’s or to celebrate the Fourth of July. They are all too real.

And they can be deadly.

Eight years ago on Independence Day, the little girl danced in her uncle’s yard in east Kansas City, a sparkler in her hand. A stray bullet struck her in the neck. She died the next day.

Four men had been firing a 9mm pistol into near-by Riss Lake—to celebrate. They fired dozens of shots. Did a bullet ricochet off a rock below the water’s surface? Or skip off the water? Could one of the men have just randomly fired a shot into the air? The gun’s owner later pled guilty to involuntary manslaughter and served two years in prison.

Please, this Independence Day do your celebrating at a legal fireworks show—not with firearms. Guns should have no part to play in any celebration on any holiday or for any occasion.

This should go without saying, but I’m going to stress it anyway: Firing off shots indiscriminately into the air is extremely reckless; it shows a callous disregard for others’ safety; and in most communities it is illegal.

Yet, some people haven’t gotten what ought to be this simple message. Despite Blair Shanahan Lane’s tragic death, celebratory gunfire is still a thing.

Bullets Cut A Path Of Destruction

Dating back to 2012, legislation that would make firing a gun within the limits of any municipality a felony has been repeatedly introduced in the Missouri General Assembly. The measure includes exceptions for gun ranges. “Blair’s Law” was re-introduced during the 2019 state legislative session, but—as in previous years—was not brought up for a vote.

Anyone handling a gun should know Newton’s Third Law Of Motion: “What goes up must come down.”

Depending on the weapon’s caliber, barrel length (rifle vs. pistol) and other factors, bullets can exit a gun at speeds ranging from about 1,200 miles per hour to 2,800. They’re traveling the distance of two to four football fields per second. It’s that velocity propelling a bullet at more than double the speed of sound that turns the tiny projectile into a potentially lethal missile. 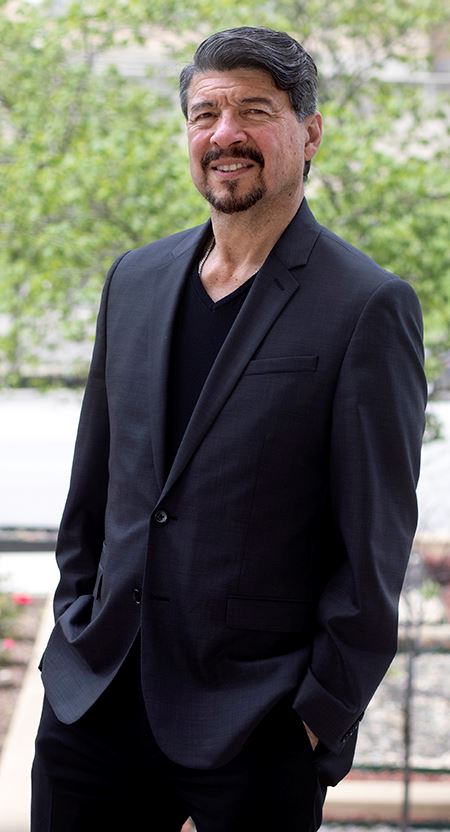 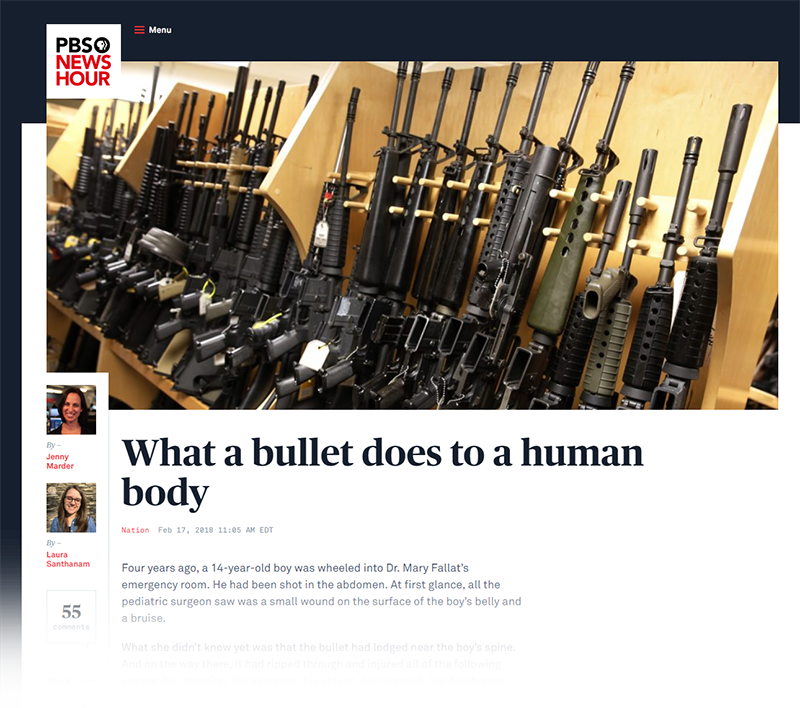 A bullet isn’t rendered harmless just because it’s fired straight up into the air. Though it might be traveling like a rocket, it isn’t going to be launched into outer space. At about 10,000 feet up, the Earth’s gravitational pull will start bringing the bullet back down.

In windless conditions, the atmosphere will create resistance. That drag will bring the bullet down at about 10% of the speed and only about 1% of the energy it had when fired.

Every Bullet Leaving A Muzzle Poses A Threat

But rarely are conditions perfectly calm. Bullets fired straight up—even at a perfect 90-degree angle—can, due to wind, come down up to two miles away. Few bullets are actually fired straight up. Those fired at an angle can maintain greater speeds, greater energy, greater power.  The speed at which a bullet needs to be traveling to prove lethal varies, depending on the bullet and the person it strikes.

A bullet with a blunt nose might bounce off of you at 225 mph. Those with a pointier tip can penetrate your skin at significantly lower speeds.

What it comes down to—no pun intended—is that there’s nothing safe about firing a bullet into the air. Any bullet leaving a muzzle poses a threat.

Police officers are trained to always “check your background” before firing a gun. That’s why during my 30-year career with the Kansas City Police I don’t think I ever would have fired shots at a car speeding away from a scene—another common occurrence in TV cop shows. The risks of hitting a house, another car driving down the street or a by-stander—maybe someone walking their dog a couple of blocks away—are too great.

As for warning shots, there’s multiple reasons most law enforcement agencies expressly prohibit them: 1) you shouldn’t fire shots in the air; 2) you can’t just fire into a wall not knowing its thickness or if someone might be on the other side; 3) you risk a ricochet off walls, light poles, streets or cars.

Anytime you pull the trigger, you’re gambling the bullet’s going to end up where you intended—that you won’t miss. But when you fire a gun randomly into the air, what exactly are you aiming at? Nothing!

I can tell you what you ought to be praying if you’re going to be aimlessly firing a gun: that your bullet doesn’t hit anything—or anyone.

Because it does happen. Again, remember Blair Shanahan Lane.

Sometimes the celebratory bullet can be on the way up like the one fired on New Year’s Eve 1994 that hit a police helicopter flying over Riverside, Calif. It pierced the fuselage and struck the pilot in the foot. That same year the UCLA Medical Center released a study that put the mortality rate from those shot by celebratory gunfire at around 32%—five times higher than that for other types of gunshot wounds. The high death rate was contributed to the fact falling bullets most frequently strike victims in the head.

Only One Way To Guarantee A Gun Does No Harm

Ultimately, firing a gun in the air anywhere, but especially in a crowded community, is very much like playing Russian Roulette: except instead of pointing the gun at yourself, you’re pointing it upward and away, just hoping, I guess, nobody gets killed. Do the people who still—in 2019—fire off celebratory shoots consider the consequences? What’s especially horrifying is the probability many of these people are emptying guns into the air after filling themselves up with alcohol.

Guns and alcohol make for a deadly cocktail mix.

There’s absolutely only one way to guarantee a gun does no harm: DON’T FIRE IT. When celebrating this July Fourth or any other occasion, keep your celebration safe. Keep your guns unloaded and securely locked away.

May the skies above you this Independence Day be filled only with legal fireworks and not one bullet.

Anytime you pull the trigger, you’re gambling the bullet’s going to end up where you intended—that you won’t miss. But when you fire a gun randomly into the air, what exactly are you aiming at? Nothing!  I can tell you what you ought to be praying if you’re going to be aimlessly firing a gun: that your bullet doesn’t hit anything—or anyone.