As a longtime trial attorney, John B. Boyd has seen the devastation drugs—“and the violence that often accompanies drugs”—have had on families throughout Jackson County. When asked to serve on the county’s COMBAT Commission, Boyd didn’t hesitate to accept.

“I didn’t want to just watch and not take this chance to play a part in trying to find solutions,” said Boyd, whose firm, Boyd Kenter Thomas & Parrish LLC, has offices in Lee’s Summit, Independence, Sedalia and Olathe, Kan.

Boyd, born and raised in Sedalia, moved to Kansas City to study at the University of Missouri School of Law in the early 1970s. He has called Jackson County home ever since, having lived in Blue Springs and now Lee’s Summit.

'As Random As Where The Snow Falls'

Anyone believing drugs and violence are only “city problems” is mistaken, Boyd stressed. Not only through his work as an attorney, but also a youth sports coach and scout leader, Boyd witnessed the “harm drugs and violence can do to families—families poor and wealthy.”

He added, “Violence and drugs don’t pay attention to zip codes. They cross all lines, geographical, economic and social. These are county-wide problems, and COMBAT recognizes addressing them is going to take a county-wide effort.

“Wherever snowflakes fall in Jackson County, there’s the potential for violence and drugs to happen. Sometimes it’s as random as where the snow falls.”

Among Boyd’s biggest concerns, and one he believes COMBAT can help address, is prescription drug abuse. “That’s a problem we’re seeing continue to grow.”

Boyd started his private law practice in 1983, after serving six years as an administrative law judge for the Missouri Division of Workers’ Compensation. His extensive list of professional affiliations includes the AFL-CIO Lawyers Coordinating Committee and the National Football League Players Association and other major professional sports Panel of Attorneys.  He is a Fellow in the College of Workers’ Compensation Lawyers.

Boyd, a former assistant Boy Scoutmaster, is a member of Kids’ Chance of Missouri, a not-for-profit that provides scholarships to children of Missourians killed or seriously injured on the job, and a member of Jobs With Justice, a workers’ rights advocacy organization.

“The COMBAT Commission is another opportunity to serve the community where I live,” Boyd said. “COMBAT can solve problems, and our focus needs to be on getting outcomes that help our communities and families.” 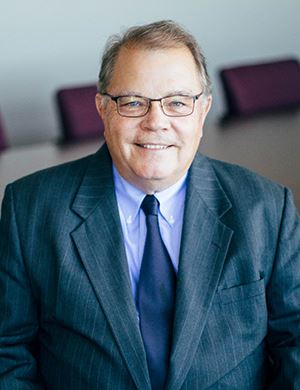 “Wherever snowflakes fall in Jackson County, there’s the potential for violence and drugs to happen. Sometimes it’s as random as where the snow falls."