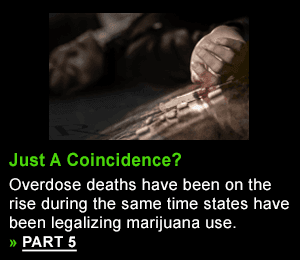 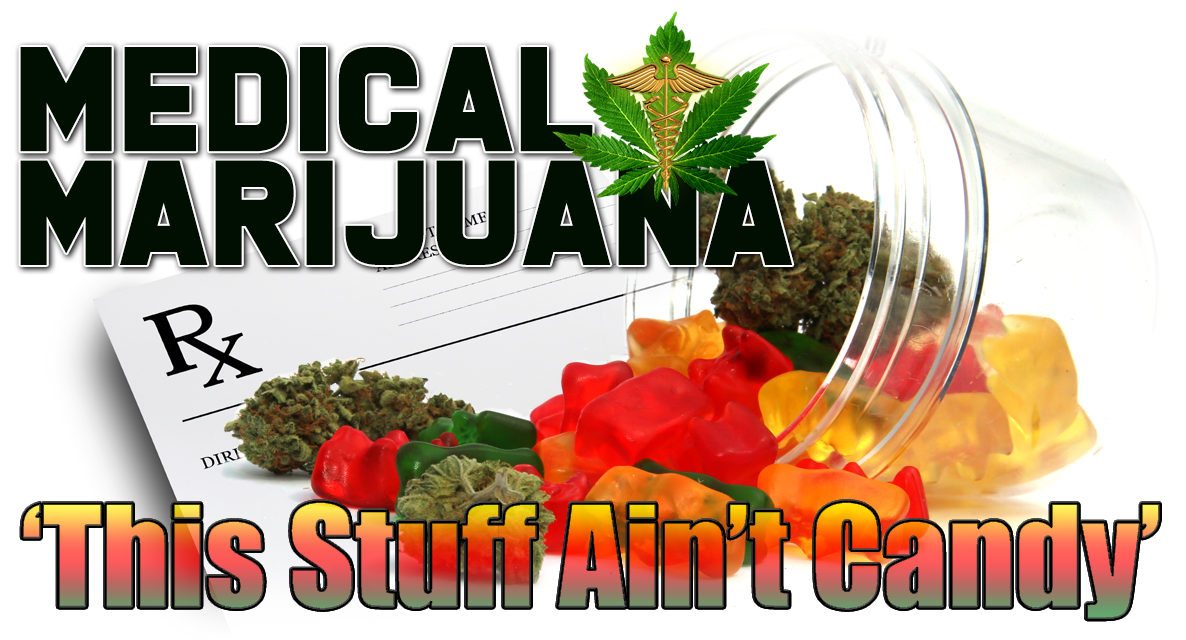 He took a third look and realized his mistake. The packaging for the marijuana candy “recommended” eating no more than a quarter of one piece.

“I guess you’re supposed to just bite the bear’s head off and save the rest for later,” said Cummings, shaking his head as he thinks about all the pot-infused foods the Jackson County Drug Task Force has confiscated in recent years. 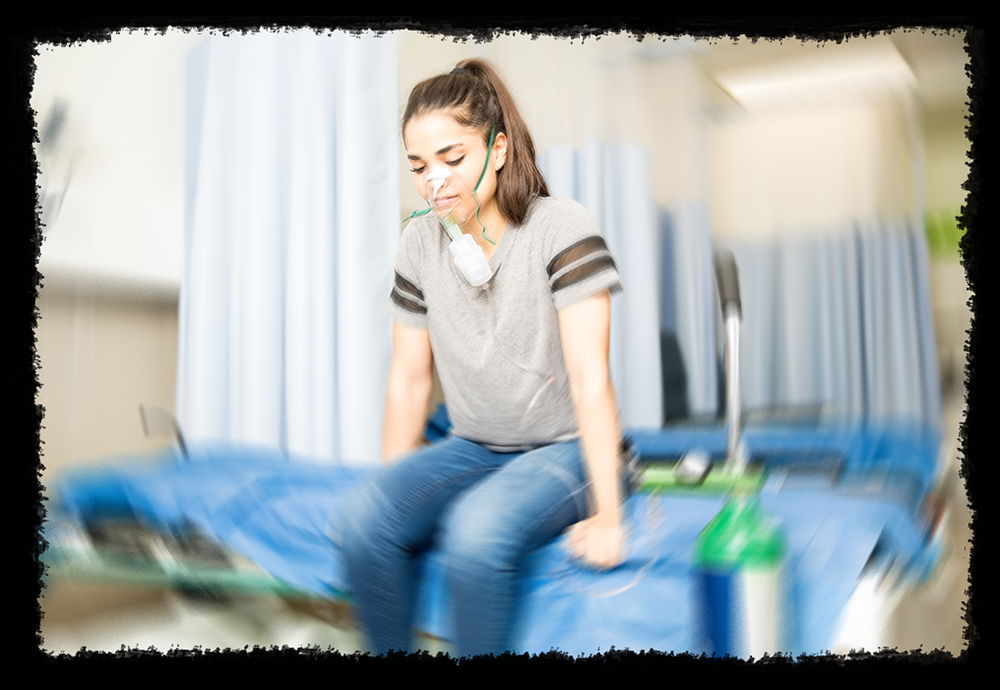 Trapped In A Hallucinatory State

“We’ve had all kinds of edibles come into Jackson County that people got in Colorado, California or Washington state and tried to sell back here when they got home,” Cummings, the Task Force’s Officer-In-Charge, continued. “We’ve got the gummies and potato chips—stuff made by a company called Baked Goods. A lot of the packaging says for ‘medical use only,’ but doesn’t include anything about what’s a single dosage.”

The fact these edibles often come in the form of tasty treats, with a strong sweet tooth-appeal prompting overindulgence, can be a receipt for a serious overdose reaction.

DRUG TASK FORCE CONFISCAED — These "Baked Goods" chips, which have a label indicating they are from California, are among the many marijuana edibles that have been illegal transported into Jackson County.

“I know with the edibles, you have people who will tend to eat the whole thing, a brownie or a couple of cookies,” said Dr. Kelvin Walls, a COMBAT Commissioner. “They won’t be doing too well afterward.”

As New York Times columnist Maureen Dowd discovered. After taking several bites of a candy bar featuring a delicious blend of chocolate and caramel—and marijuana—the Pulitzer Prize winner was trapped in a hallucinatory state for eight hours: paralyzed, panicky, paranoid, pondering the possibility she had died and just didn’t know it.

Only later did Dowd learn that the candy bar was supposed to be cut into 16 pieces for marijuana “novices.” (The packaging provided no such instructions.)

Medical marijuana comes in many different forms, with cannabis edibles being a popular alternative to smoking the drug.

Many patients might be concerned about the negative long-term effects associated with smoking pot. But overeating marijuana can have dramatic—potentially tragic—consequences, warns the Drug Enforcement Agency (DEA) on its justthinktwice.gov website. 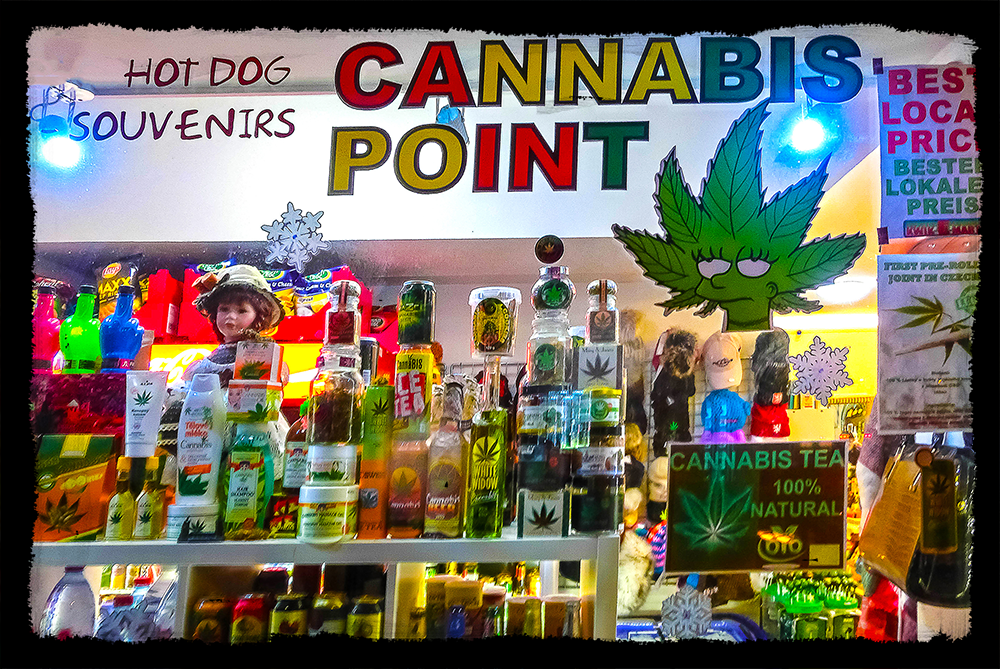 APPEALING TO KIDS — In some European cities like Prague, where regulations about marketing marijuana to children are lax (or lacking entirely) distinguishing a cannabis shop from a candy store can be difficult.

Smoking marijuana allows the drug to more directly enter someone’s system. Within minutes, she’ll feel the difference. Edible marijuana may take between one and three hours to be absorbed through the liver and into the bloodstream. The delayed reaction—“For an hour, I felt nothing,” wrote Dowd—can often create the false belief the drug isn’t working, leading a person to do exactly what Dowd did: eat more.

When the tetrahydrocannabinol (THC) from edible marijuana finally kicks in—especially when more of an edible has been eaten than should have (the whole candy bar rather than one-sixteenth)—“it hits like a freight train,” stressed Sam Smith. He writes about marijuana use frequently for Men’sHealth, including his own experience consuming too many edibles.

THC is the psychoactive component in cannabis that causes a “high.” Too much THC can also spark psychotic episodes, panic attacks and impaired motor function. A severe side effect seen mostly in children is respiratory insufficiency—the ability to get enough air.

The Missouri Department of Health & Senior Services (DHSS) has established a 15% or less “acceptable limit” of THC in the medical marijuana products that will eventually be dispensed in the state. 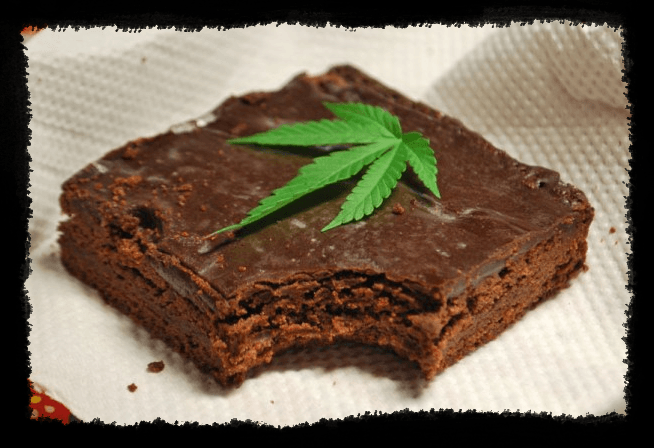 NOT OVERINDULGING — Because a lot of marijuana edibles have sweet tooth-appeal eating only a small amount and not too much can be challenging.

“Most marijuana brownies are supposed to be cut in fourths,” Cummings pointed out. “If there’s a 15% limit per quarter-brownie, someone eating the whole brownie is going to be getting four times that amount. That much THC is going to pack a punch.

“And that’s the problem you see with the edibles all the time, people eating more than they should. They don’t know any better; then they find out the hard way.”

Too much THC proved to be a significant factor in a well-publicized fatal accident five years ago.

According to Levy Thamba Pongi’s autopsy report, the level of THC in his blood was 7.2 nanograms per milliliter—nearly 1½ times higher than the Colorado limit at which juries can presume a person is driving impaired. During a spring break trip to Denver in 2014, the 19-year-old consumed marijuana-infused cookies and became erratic, eventually falling or jumping to his death from a fourth-floor hotel balcony.

The local coroner listed “marijuana intoxication” as a leading contributor in the young man’s death. He had no previous history of the behavior he displayed the night he died.

Pongi, a student at Northwest College in Wyoming, had reportedly traveled to Denver with friends from the school with the intent of giving marijuana “a try.” Colorado law prohibits selling recreational marijuana to individuals under 21. One of his older friends bought the cookies and gave them to Pongi, a native of the Republic of Congo. 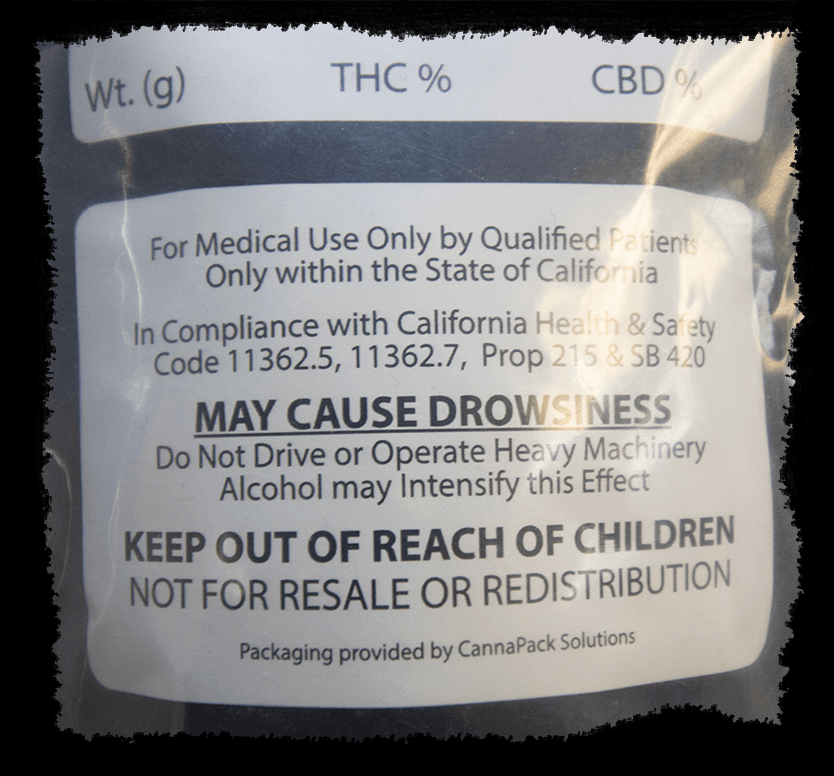 MORE WARNINGS NEEDED? — The label on the back of this marijuana edible, seized by the Jackson County Drug Task Force, includes no information about recommended dosage or the possible effects of eating too much of the cannabis-infused food.

Not The Safer Option

“I believe dosage—how much to take and the risks of using too much—really needs to be a point of emphasis when doctors prescribe medical marijuana,” stressed COMBAT Director Vince Ortega, who wrote an article about the risks associated with edible cannabis for the most recent issue of Our Health Matters. “Overdoing the edibles can cause bodily harm or even death. Doctors have got to be sure their patients understand this; then it needs to be reiterated when these patients are at the dispensaries getting their medical marijuana.

“People assume the edibles are the safer options. That’s not true. This stuff ain’t candy.”

State Needs To Be Strict About Rules Regarding Marijuna Packaging & Advertising

Some people have a broken moral compass that only points in whatever direction benefits them, regardless the harm done others.

During my stint as an undercover detective for the Kansas Police Department’s Drug Enforcement Unit, I saw, firsthand, the way drug dealers try to cultivate the next generation of drug users. These pushers think of themselves as being “businessmen,” just trying to keep “demand” for their “products” alive. Therefore, they’re gladly willing to “supply” your kids—get them hooked, so they become repeat “customers.”

All of that is, of course, illegal.

But medical marijuana has now been legalized in Missouri, and the state’s first dispensaries will be opening sometime in 2020. I am glad the state’s Department of Health & Senior Services (DHSS) has established clear guidelines about packaging medical marijuana products, prohibiting designs meant to “appeal to a minor.” The packaging can’t include claims of health benefits, only health warnings.

DHSS has also placed strict limitations on other advertising, such as outdoor signs.

Maybe these restrictions on marketing are the result of lessons learned in other states. We certainly don’t want marijuana dispensaries here resembling those in some European cities, where it can be difficult to distinguish a pot shop from a candy store. (Colorado has banned marijuana gummies; Washington and California have considered similar legislation.)

But, ultimately, the laws on the books won’t matter as much as what happens in people’s homes.

Between 2009 and 2015—before and after legalization of marijuana in the state—Colorado experienced a 34% increase in poison control calls related to kids under 10 accidentally being exposed to marijuana. More than a third of those cases were serious enough to require hospitalization.

When I was growing up, the cookie jar was kept out of reach because my parents didn’t want me getting a sugar high. The consequences of kids eating marijuana-infused treats could be much more severe. 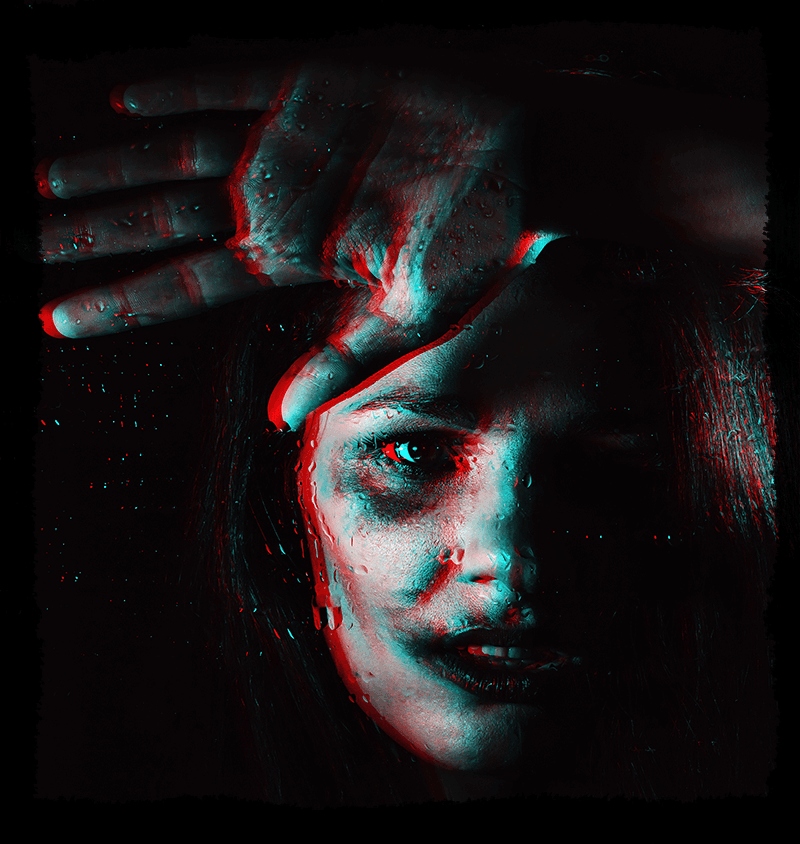 The caramel-chocolate flavored candy bar looked so innocent, like the Sky Bars I used to love as a child.

Sitting in my hotel room in Denver, I nibbled off the end and then, when nothing happened, nibbled some more. I figured if I was reporting on the social revolution rocking Colorado in January, the giddy culmination of pot Prohibition, I should try a taste of legal, edible pot from a local shop.

What could go wrong with a bite or two?

Everything, as it turned out.

Not at first. For an hour, I felt nothing. I figured I’d order dinner from room service and return to my more mundane drugs of choice, chardonnay and mediocre-movies-on-demand.

But then I felt a scary shudder go through my body and brain. I barely made it from the desk to the bed, where I lay curled up in a hallucinatory state for the next eight hours. I was thirsty but couldn’t move to get water. Or even turn off the lights. I was panting and paranoid, sure that when the room-service waiter knocked and I didn’t answer, he’d call the police and have me arrested for being unable to handle my candy.

I strained to remember where I was or even what I was wearing, touching my green corduroy jeans and staring at the exposed-brick wall. As my paranoia deepened, I became convinced that I had died and no one was telling me.

NOTE: Colorado now requires that edible marijuana products be clearly marked to help tell them apart from their non-intoxicating counterparts. Chocolate bars are also section off with each piece indicating how much THC it contains. 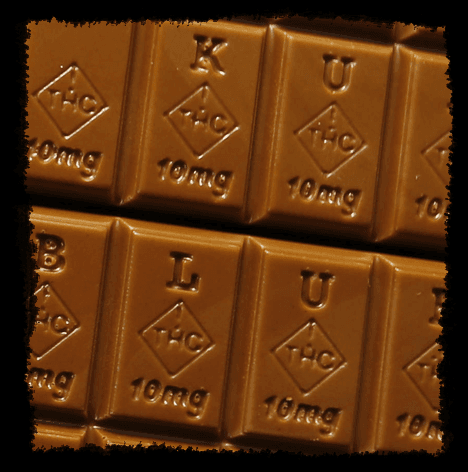