We are, of course, aghast that suicide is the second leading cause of death among America’s adolescents and young adults. Too many lives are being cut short.

But deaths by suicide also rose an alarming 40.8% during the last decade among those whose adolescence was long ago.

And this dramatic increase was amidst a growing call to address what the Notre Dame Journal of Law, Ethics & Public Policy warned in 2012 was a growing mental health crisis in an “aging America.” That Notre Dame policy paper pointed out older men have the highest rate of “suicide completion” in the United States. 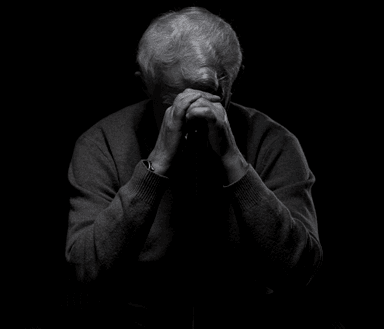 That remains true today. Men 65 and older continue to represent the demographic with the highest risk of suicide, according to the Center for Disease Control & Prevention (CDC). Those 85 and older, regardless of gender, are in the age group second most likely to die from suicide.

One In Four Attempts Are Fatal

Researchers, National Public Radio (NPR) reported in 2019, have found that when seniors attempt suicide their attempts are far more likely to be fatal than attempts by younger adults: one in four fatal attempts (25%) compared to only one in 200 (0.5%).

“Suicide deaths in youth and young adults capture the bulk of media attention…. We make the case that late life suicide is cause for enormous concern,” wrote the authors of the study that NPR cited.

Why Older Adults Are At Risk

• Many older adults live in isolation and can find their loneliness unbearable. They may also be living in a near constant state of grief as they begin to outlive their loved ones.

•  Living on a fixed income can lead to economic hardship and make it more difficult to do activities (dining out, taking vacations, etc.) that brought joy to their lives.

• In addition to increased emotional pain, older people are more likely to be coping with physical pain. According to The National Council on Aging, 77% of older Americans suffer from two or more chronic diseases.

• Ageism can likewise contribute significantly to severe depression in older people who might feel disrespected and devalued. Studies have shown ageism can literally shorten life expectancy.

“Oftentimes there’s a belief that it’s a normal part of aging for people to feel bad, or to go through loss, or to have lots of death and grief, and to just not recover from their depression,” Dr. Julie Rickard, a psychologist, told NPR. “In truth it’s very recoverable .”

Rickard often provides suicide prevention training for staffs at long-term care facilities. Her recommendations include pre-screening residents through “late life satisfaction questionnaires” that include asking about thoughts of “being better off dead.”

Among the “simple behavioral activations” she says will lower an older person’s suicide risk include: 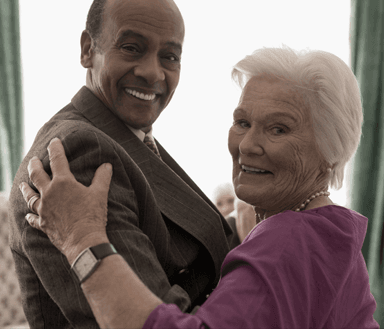 • Being on the move—walking, getting outside

* Dehydration linked to increased symptoms of depression and anxiety 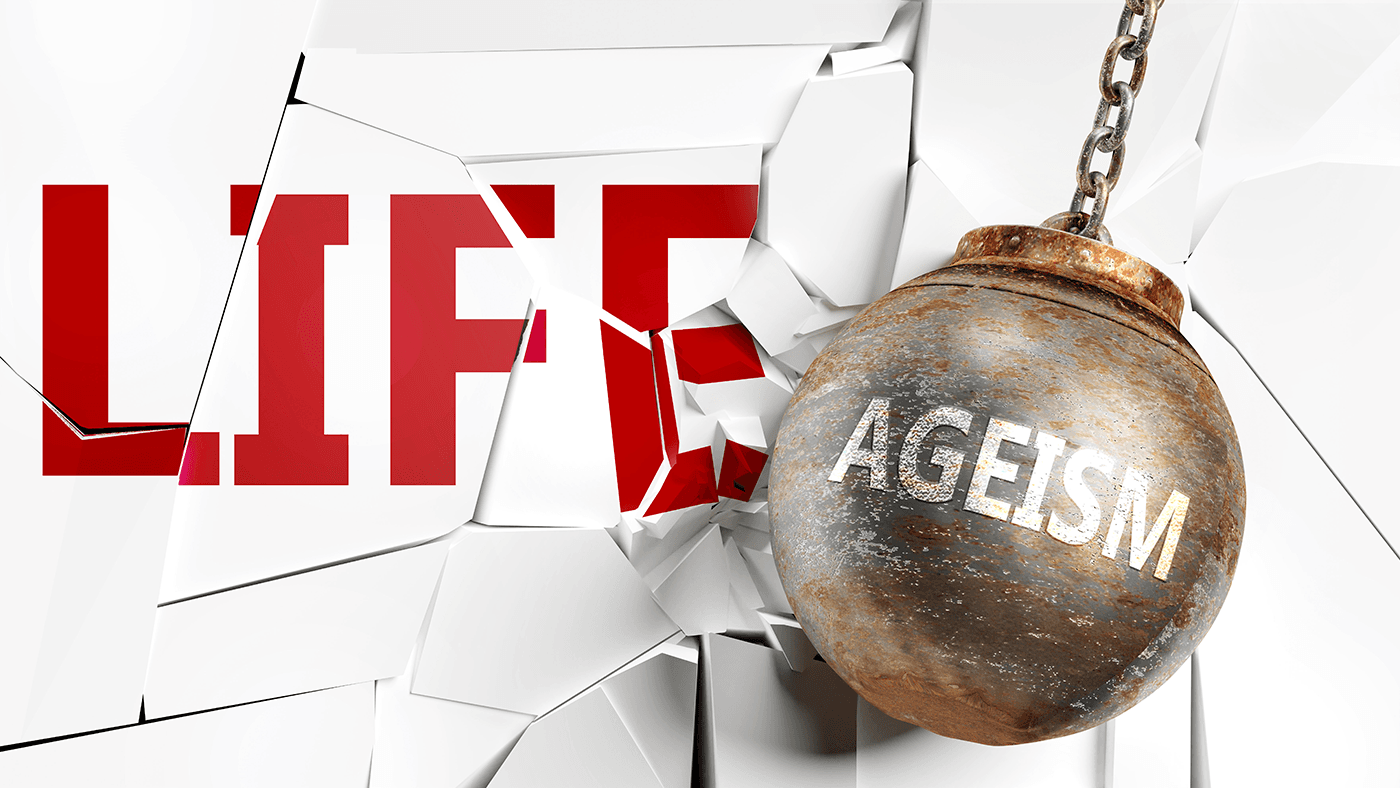 “Ageism is ubiquitous in the mass media in the United States and promoted by stereotypes in advertisements, entertainment, greeting cards, and news stories that present older people as physically or cognitively disabled, lonely and depressed, or objects of ridicule.”
- American Psychological Association Resolution on Ageism (August 2020)

Growing old gracefully—and happily—isn’t easy in a society that often mocks getting old.

Ageism can be a two-way street, with prejudice based on age flowing in both directions: Back in my day versus OK, Boomer.

But ageism against older people has such detrimental health impacts that the American Psychological Association has joined other professional medical organizations in urging that it be addressed with the same urgency as racism and sexism. The Yale School of Public Health has concluded ageism targeting older people “led to worse outcomes in a number of mental health conditions, including depression, and a number of physical health conditions, including shorten life expectancy.” 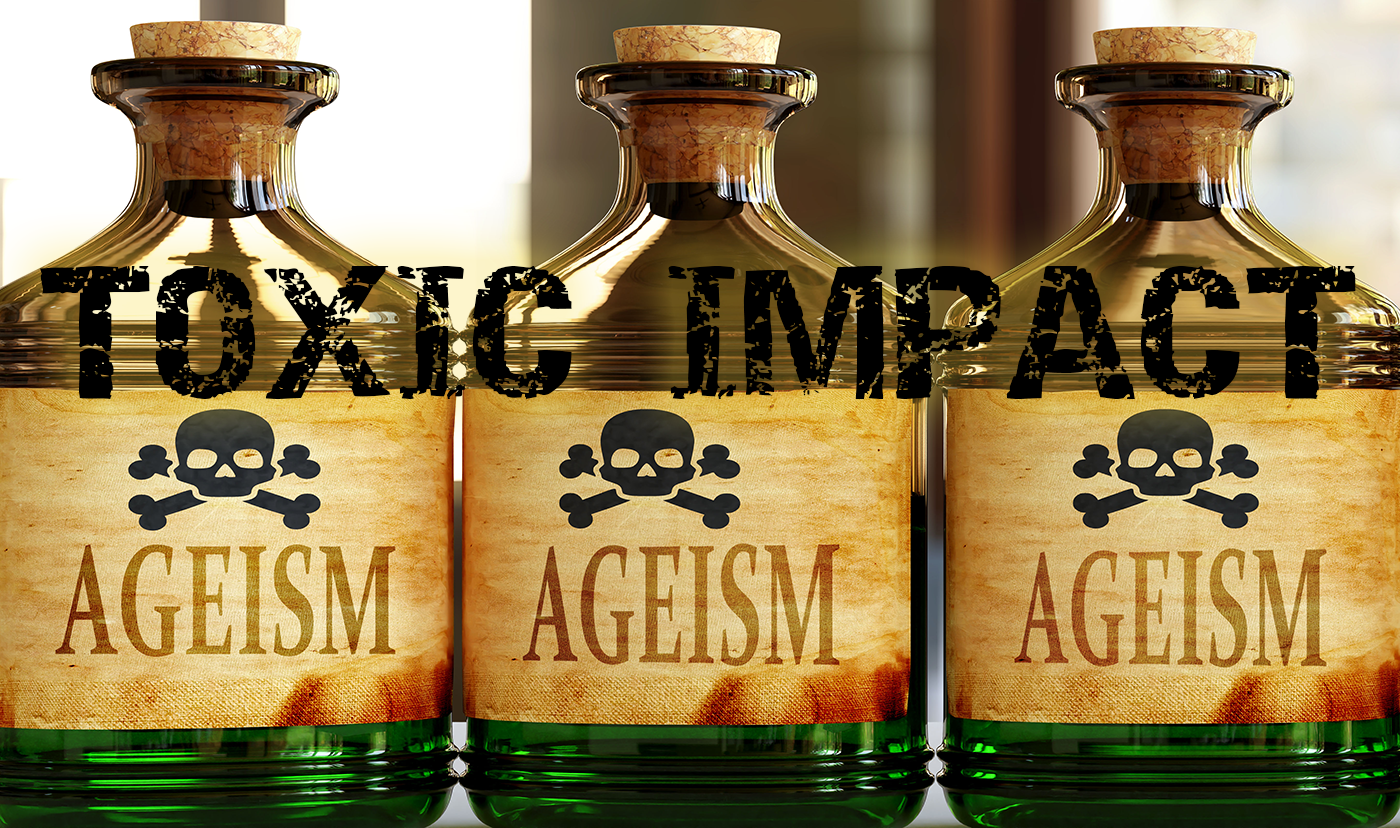 Yale conducted the most exhaustive, expansive study on the subject ever. Researchers surveyed 7 million older people across 45 countries on five continents.

“Policies to improve older persons’ health must take ageism into account,” one of the study’s authors, E-Shien Chang, told the YaleNews.

Chang and her Yale colleagues released their findings in early 2020 just weeks before the first surge of the COVID-19 pandemic. Another international study recently explored the “double jeopardy” of ageism during the global public health crisis. The University of Ottawa’s findings were stark:

Social media has been an especially cruel outlet for ageism, both the Yale and University of Ottawa studies noted. During the pandemic, #BoomerRemover has been a frequently used Twitter hashtag.

The Canadian researchers ended their study summary with a call for “intergenerational solidarity” and declared a new United Nations (UN) convention to safeguard the human rights of older people “is required.” 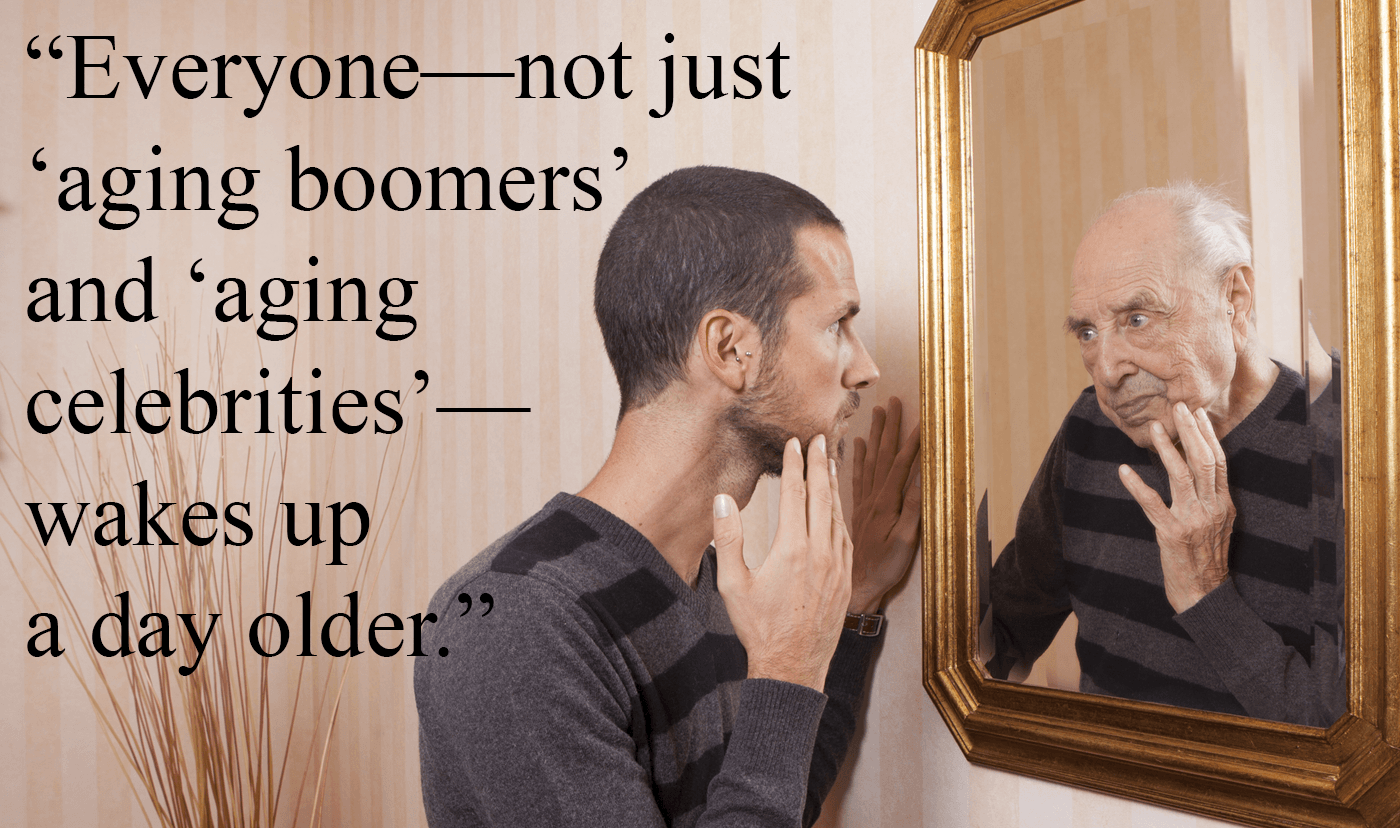 The UN did issue a report in 2011 on the challenges older people face, focusing specifically on poverty, abuse, lack of services and discrimination. The report stressed that older people are not a homogenous group: “The experience of old age varies greatly between men and women and may be very different for someone in their 60s versus another person in his or her 80s. Nonetheless, what is often shared by older persons as a group is the experience of being stereotyped, of political disempowerment and economic and social disadvantage.”

Ageism, the UN emphasized, “is too often tolerated in societies across the world” and often combined with other forms of discrimination based on race, gender, religion or disability.

An Obvious Fact Of Life

Author Ashton Applewhite points out the obvious: A young ageist who mocks older people will someday, barring a personal tragedy, become an older person. They “poison” their own future selves, Applewhite warns in her acclaimed book This Chair Rocks: A Manifesto Against Ageism.

“Longevity is here to stay,” she writes. “Everyone—not just ‘aging boomers’ and ‘aging celebrities’—wakes up a day older. Dismantling ageism will benefit us all.”

» Ask The Question: Are You Thinking About Taking Your Own Life?
» Second Leading Cause Of Death Among Teenagers
» Support Crucial For LGBTQ+ Youth
» See The Signs: Look At The Behavior & Listen To What Is Being Said
» ReDiscover's Show-Me Zero Suicide Program
» Other COMBAT-Funded Suicide Prevention Programs
Contact Us
Funding Formula
STRIVINTogether
Project Rise