From Prescription Drugs To Heroin Addiction

Someone addicted to opioid painkillers is 40 times more likely to abuse or develop an addiction to heroin than non-opioid users. – Centers for Disease Control and Prevention (CDC)


Heroin is among the most addictive—and deadly—illicit drugs afflicting our society.

Among Americans 12 or older who use heroin at least once during their lives, nearly one in four will become addicted to the opioid drug, which is extracted directly from opium poppy plants. Since 2002, heroin-related overdose deaths in the United States have quadrupled, according to the CDC, with heroin overdoses claiming more lives—10,863 in 2014—than any other drug. (Cocaine was the second deadliest drug that year, causing 5,856 overdose deaths.)

In the 21st Century, many Americans’ heroin addiction started with prescription medications. They first became addicted to opioid painkillers, then started using heroin, which can sometimes be easier to obtain illicitly than a pain pill prescription. The Substance Abuse and Mental Health Services Administration (SAMSHA) estimates that 24 million Americans used pain relievers for non-medical reasons between 2002 and 2011. In 2010 alone, 16,651 deaths were attributed to prescription opioid medication abuse.

According to the CDC, opioid overdoses—from heroin as well as painkillers—killed 33,091 Americans in 2015. 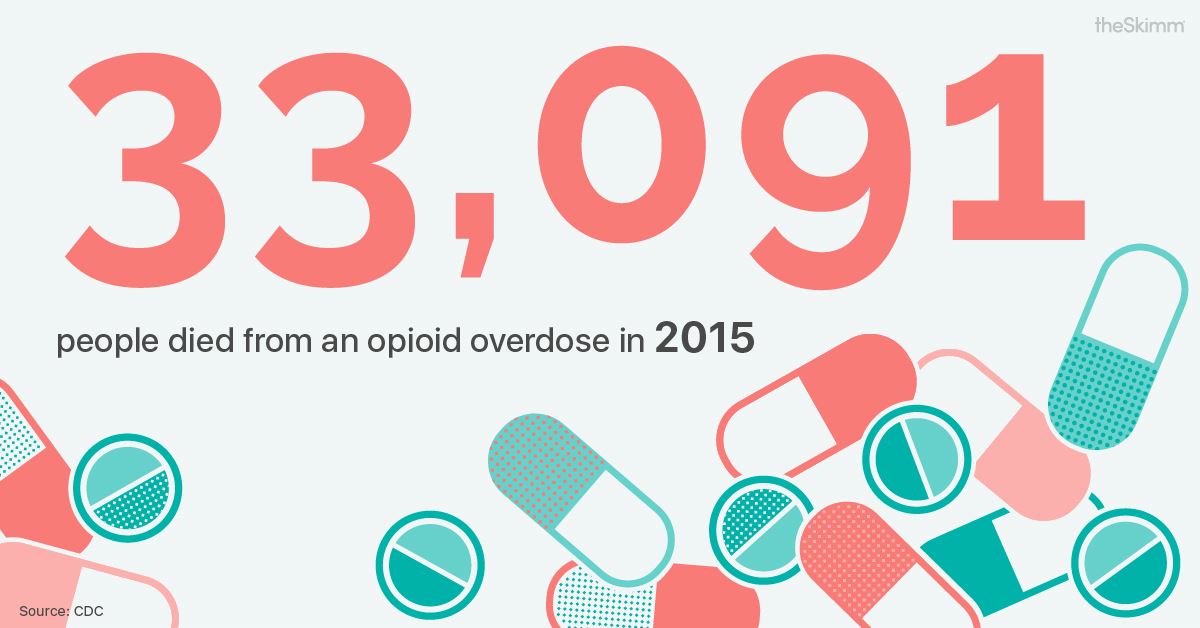 Few people prescribed painkillers go on to abuse heroin. However, nearly 50% of heroin users, according to a CDC survey, can trace the roots of their heroin addiction back to prescription meds.

“Heroin use has increased across the US among men and women, most age groups, and all income levels,” the CDC states. “Some of the greatest increases occurred in demographic groups with historically low rates of heroin use: women, the privately insured, and people with higher incomes.”

In the past decade, heroin use more than doubled among young adults (18-25), according to the CDC.

Mixing heroin with other drugs, including alcohol, increases the risk of an overdose. Most heroin addicts use at least three other drugs. And overdoses are just one danger confronting heroin users.

“Heroin is typically injected,” the CDC points out. “When people inject heroin, they are at risk of serious, long-term viral infections, such as HIV, Hepatitis C and Hepatitis B, as well as bacterial infections of the skin, bloodstream and heart.”

The CDC has recommended taking these steps to turning the tide of what it calls a “heroin epidemic” and “opioid crisis.”

SAMHSA also calls for increased access to naloxone: “Naloxone is a prescription medication that reverses the effects of an opioid overdose.  It has become an essential tool for providers and prevention programs aiming to prevent overdose death and disability.

“All 50 states allow medical providers to prescribe naloxone to patients who are at risk for an opioid overdose, including those in outpatient treatment for opioid misuse or who take high doses of prescription opioids for medical conditions. However, many individuals who are most at risk for an opioid overdose do not have regular contact with health care professionals and would benefit from alternative means of obtaining naloxone.”

Harmful health consequences resulting from the abuse of opioid medications that are prescribed for the treatment of pain, such as Oxycontin®, Vicodin®, and Demerol®, have dramatically increased in recent years. For example, unintentional poisoning deaths from prescription opioids quadrupled from 1999 to 2010 and now outnumber those from heroin and cocaine combined.

People often assume prescription pain relievers are safer than illicit drugs because they are medically prescribed; however, when these drugs are taken for reasons or in ways or amounts not intended by a doctor, or taken by someone other than the person for whom they are prescribed, they can result in severe adverse health effects including addiction, overdose and death, especially when combined with other drugs or alcohol.

Research now suggests that abuse of these medications may actually open the door to heroin use. Nearly half of young people who inject heroin surveyed in three recent studies reported abusing prescription opioids before starting to use heroin. Some individuals reported switching to heroin because it is cheaper and easier to obtain than prescription opioids.